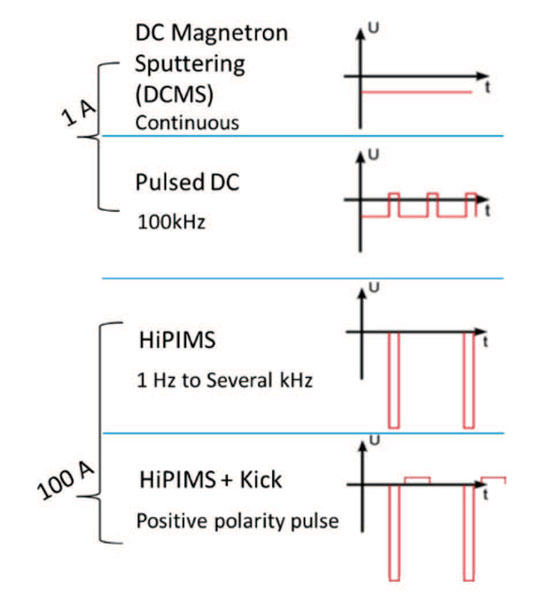 High impulse power magnetron sputtering, either HIPIMS or HiPMS, was first reported in 1999 by Dr. Vladimir Kouznetsov, et al. from Linköping University’s Department of Physics. HIPIMS is distinct from classical direct current magnetron sputtering, or dcMS, because it utilizes a rapid series of pulses at very high voltage, on the order of 2000V, and high current density approaching 10A/cm2. In addition, HIPIMS also exhibits some degree of self-sputtering, where sputter target adatoms are ionized with some recycling of process gas and ionized target material to the surface of the target.